Judi Dench is back again as Bonds boss M for the last time.

In SKYFALL, Bond's loyalty to M is tested as her past comes back to haunt her. As MI6 comes under attack, 007 must track down and destroy the threat, no matter how personal the cost.

Honda Announced as the Choice of 007 for Skyfall 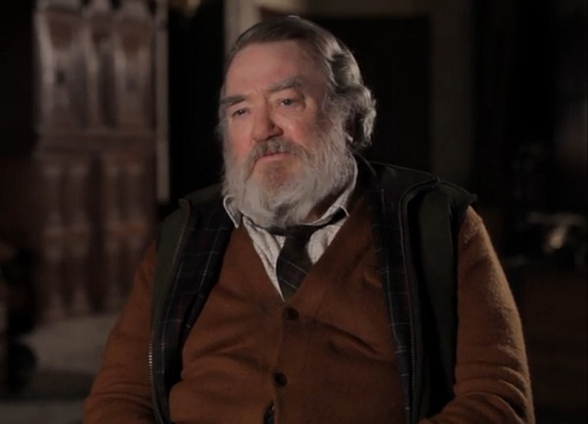 SKYFALL producers Michael G. Wilson and Barbara Broccoli have announced that His Royal Highness Prince Charles and The Duchess of Cornwall have graciously agreed to attend the World Premiere of the twenty third 007 adventure on Tuesday 23rd October at The Royal Albert Hall. Fittingly and at the request of His Royal Highness

The Prince of Wales the premiere will benefit the charities that support former and serving members of the three intelligence agencies (the Secret Intelligence Service, the Security Service and GCHQ). His Royal Highness is Royal Patron of the Intelligence Services. The premiere will be attended by the film’s leading actors Daniel Craig, Judi Dench, Javier Bardem, Ralph Fiennes, Naomie Harris, Bérénice Marlohe, Albert Finney and Ben Whishaw, and the director Sam Mendes. The movie will be released in the UK and internationally from 26th October 2012 by Metro-Goldwyn-Mayer Studios and Sony Pictures Releasing.

Wilson and Broccoli commented, “We are thrilled His Royal Highness Prince Charles and The Duchess of Cornwall have agreed to attend the World Premiere of our latest James Bond film, and are pleased this event will help raise funds to support The Prince’s chosen charities.”

Dailymail As the likes of Daniel Craig, Judi Dench, Javier Bardem and Ralph Fiennes sat leafing through their scripts, each stamped ‘Highly  Confidential’, with every page watermarked and coded, they must all have been wondering: who on earth could the Oscar-winning director be bringing in who might leave them shaken and (pleasantly) stirred? Try Albert Finney, a legendary actor, revered by his peers and about to make his Bond debut at the age  of 75.

Bond 23 Sam Mendes is to tone down the action on the next 007 movie and concentrate on ”characterful performances” in an attempt to land an Oscar.

Tom Ford to create a new look for Daniel Craig 007 in the 23rd James Bond film...

Press Release
London, June 2, 2011 – MGM and Sony Pictures Entertainment are delighted to announce the UK release date for the eagerly anticipated 23rd James Bond adventure will be Friday, 26th October, 2012 opening at the Odeon Leicester Square and in cinemas across the UK and Ireland.

The film will open in the United States on November 9, 2012.

The producers of the next Bond film have approached Boyle to sing the title tune.
The name is Boyle, Susan Boyle.

The producers of the new, as yet-unnamed Bond film, have approached Boyle to sing the title tune of the new movie, the 23rd Bond production, which is expected to be released in 2011.

Susan's fans have already joined in the effort. A full-fledged internet campaign is under way to have the Scottish songstress belt out the opening tune, like Shirley Bassey and other leading stars have done in the past. There may even be a bit acting part, according to reports.
Bond theme composer Monty Norman told the Sunday Express: "She has the right kind of sweeping voice." Susan would be the second great Scottish star from the Glasgow to make her debut in Bond films. Sean Connery was the face and persona of James Bond for many years and made the role famous.  irishcentral.com

James Bond film to shoot in Scotland as spy returns to roots  entertainment. The new James Bond movie starring Daniel Craig is set to film some of its pivotal scenes at a Scottish castle.
Bond 23 To Be Titled SKYFALL? James Bond movie with Daniel Craig  EON Productions, MGM or Sony Pictures announce with a press release MI6
Adele 'recording James Bond song' Cape Town's film commission is shaken and stirred with excitement about the increasingly likely possibility of the new James Bond
James Bond 23 film will begin in Istanbul.  http://www.stargazete.com/sinema/james-bond-un-son-filmi-istanbul-la-baslayacak-haber-385308.htm
James Bond 23 won't film in India after all. According to The Times of India,, the production opted not to shoot a major railroad action sequence 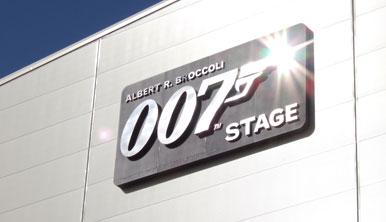 The world famous 007 stage at Pinewood was built in 1976 for the Bond movie The Spy Who Loved Me. Since then it has housed hundreds of sets for hundreds of productions. Cambodian Temples for Lara Croft Tomb Raider, The Hanging Gardens of Babylon for Alexander, The Louvre Gallery for The Da Vinci Code and The Chocolate River Room for Charlie and the Chocolate Factory to name but a few. 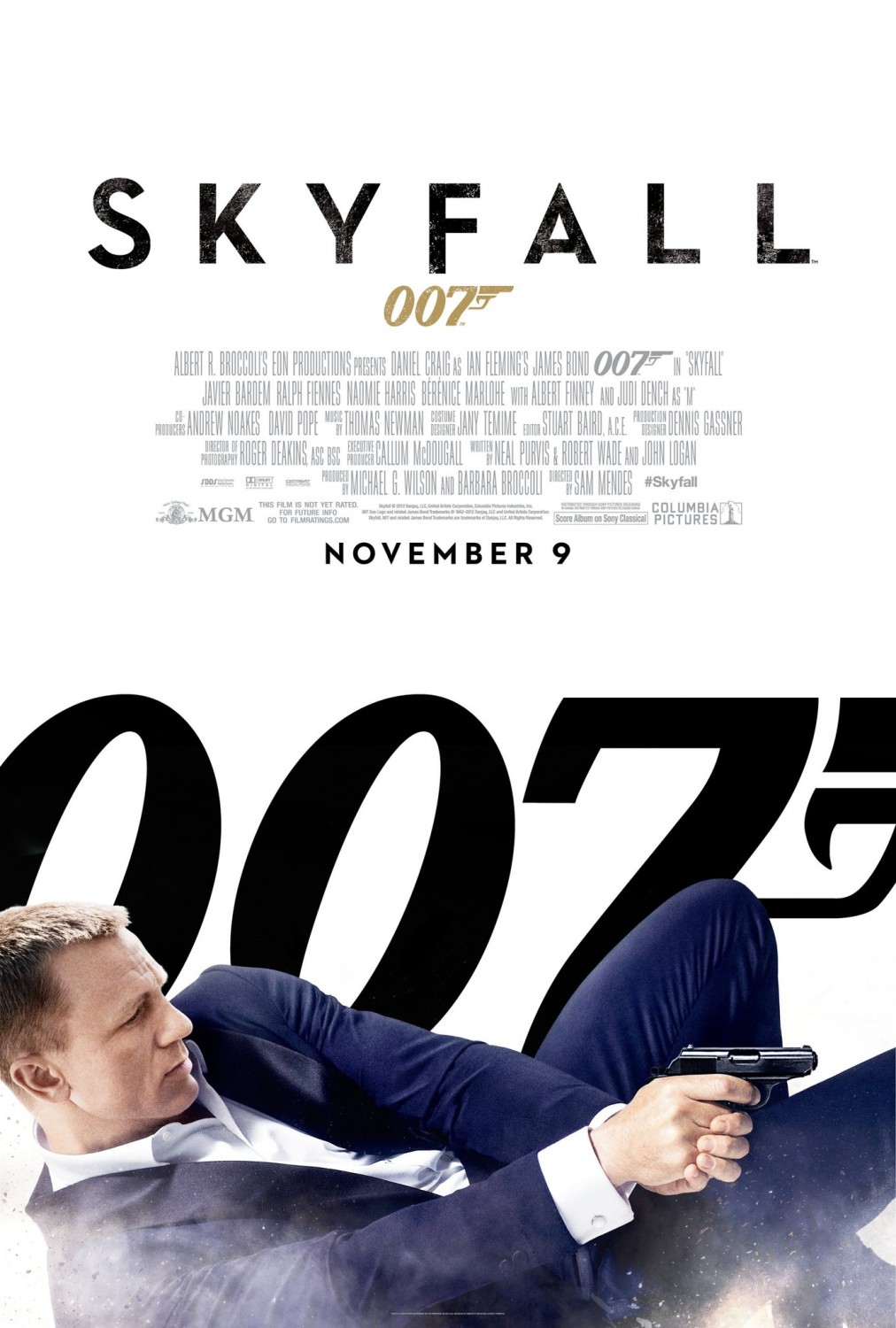 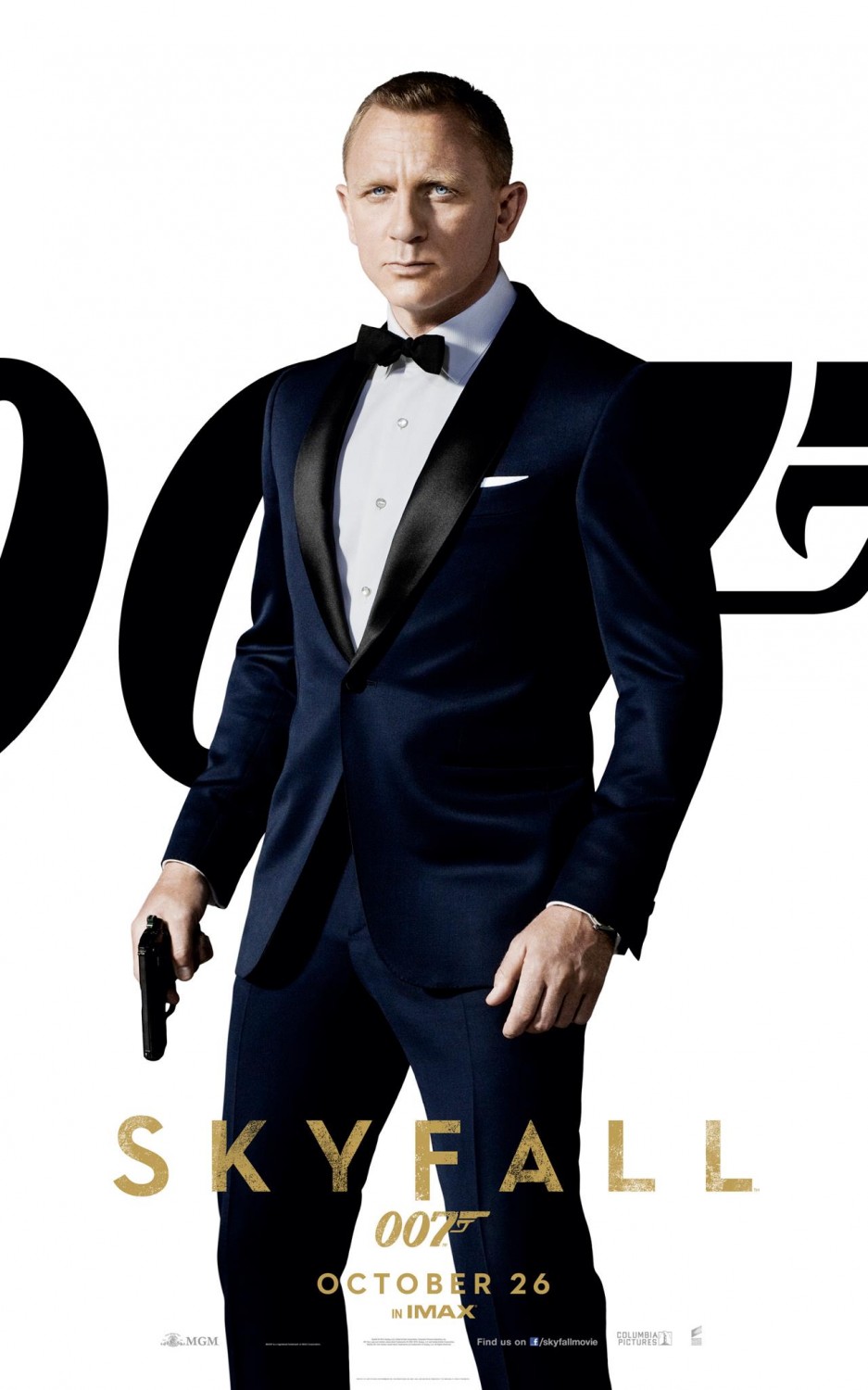 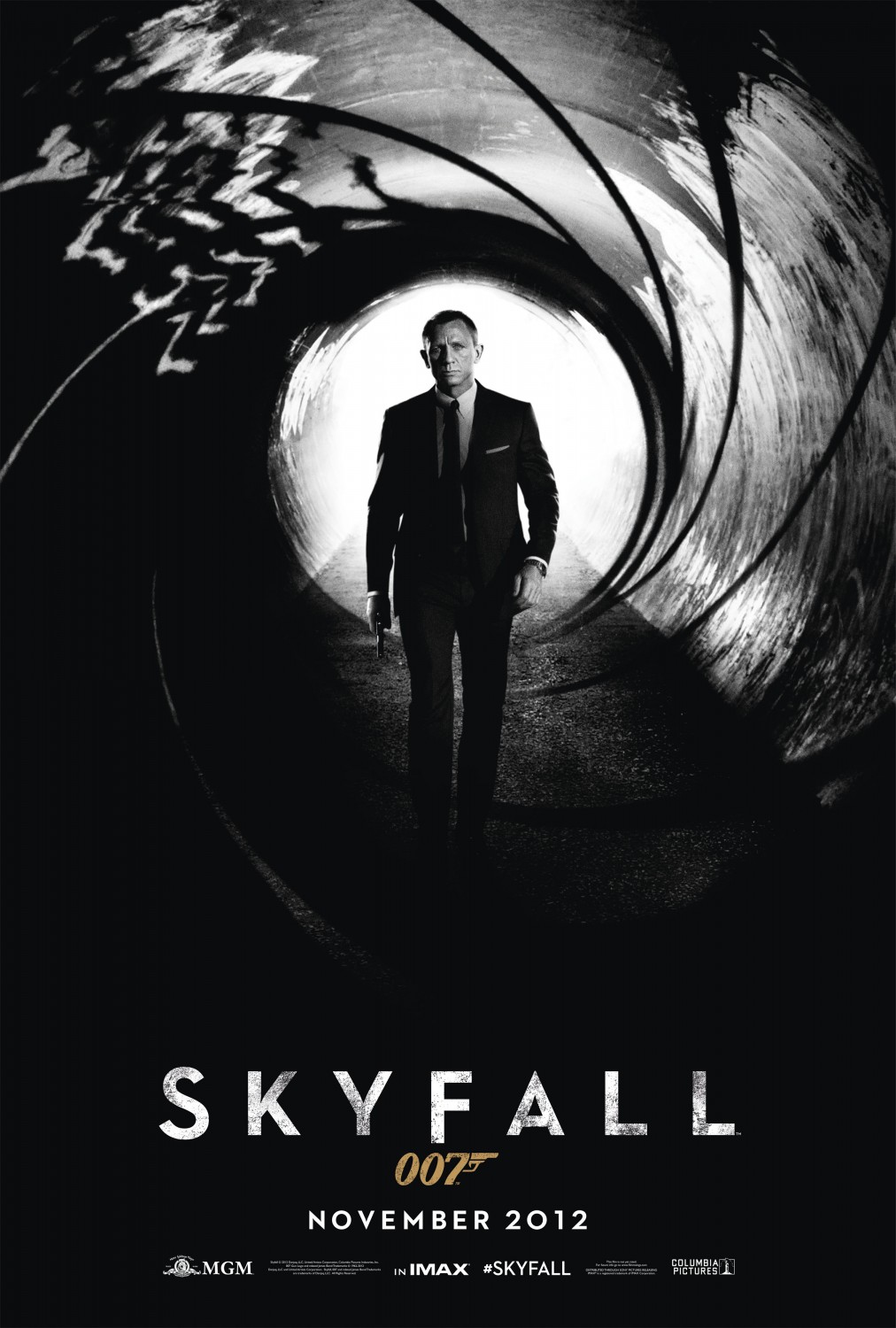 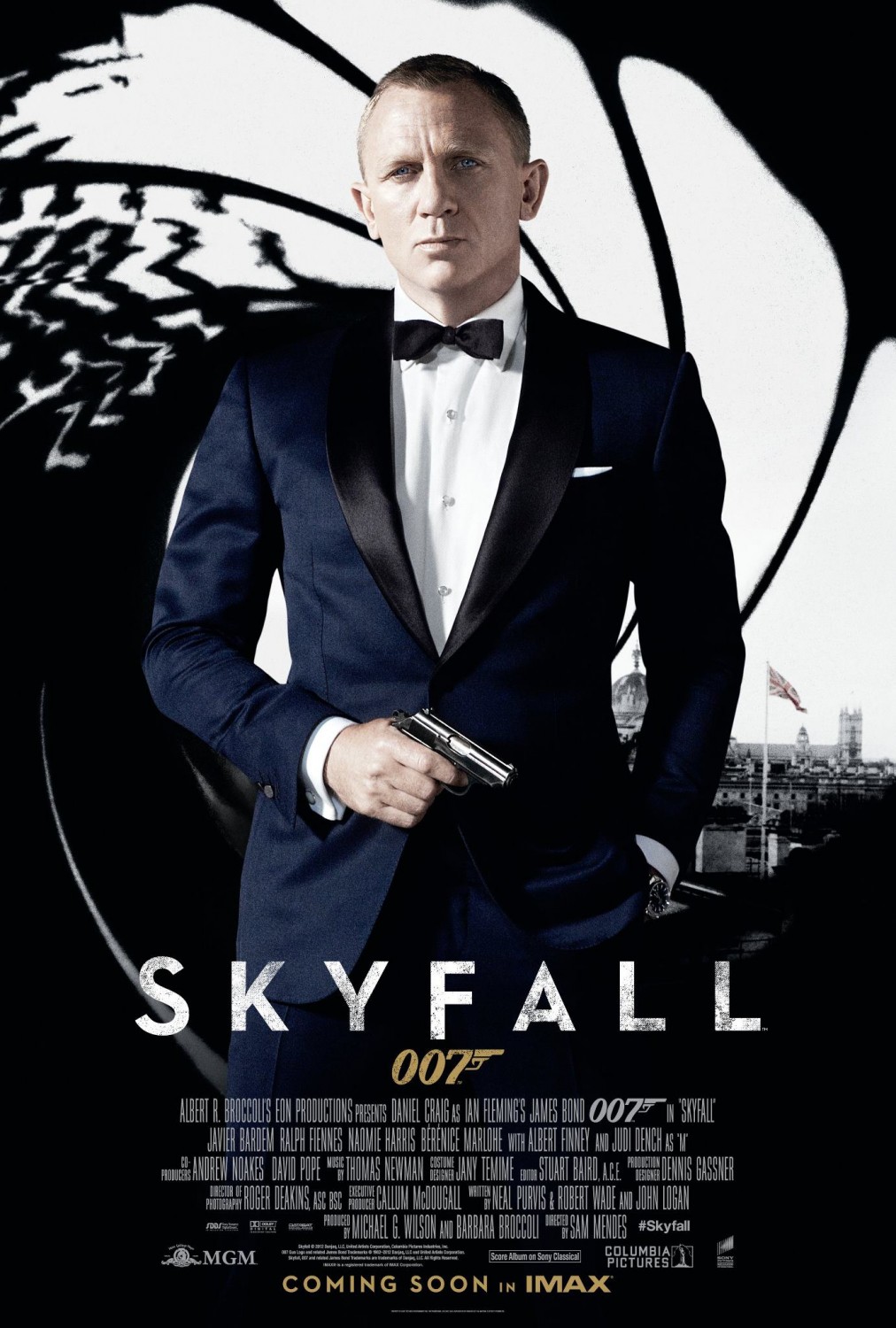