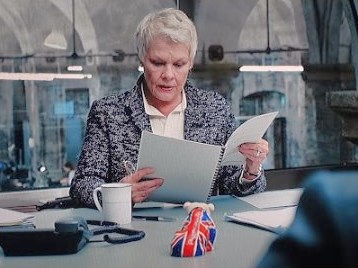 M (Judi Dench) and Jack the Bulldog in Bond movie Skyfall 2012 M's bulldog that she left to Bond is a feature of this and the following 'SPECTRE'. ... Royal Doulton . As the film franchise also celebrated a half a century in 2012, Bond  Of her seven Bond films as M, 'Skyfall'  Judi Dench. 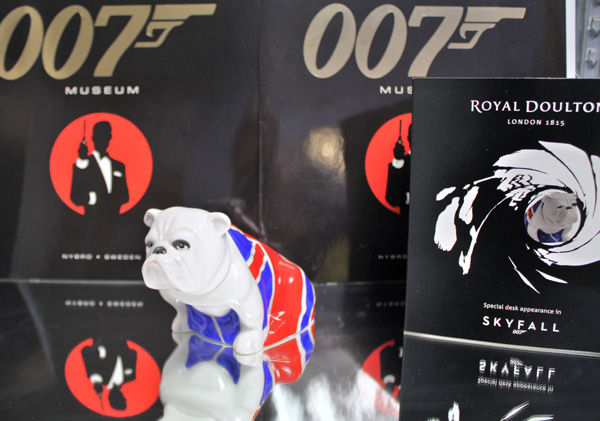 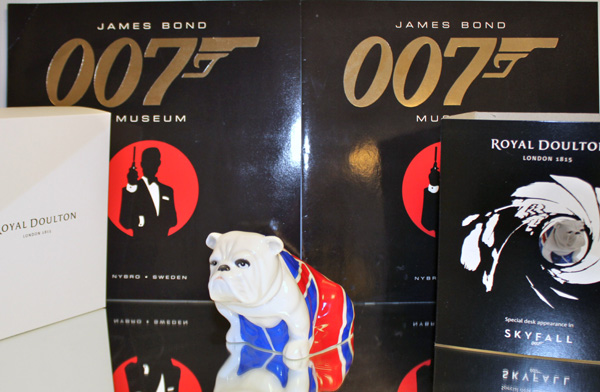 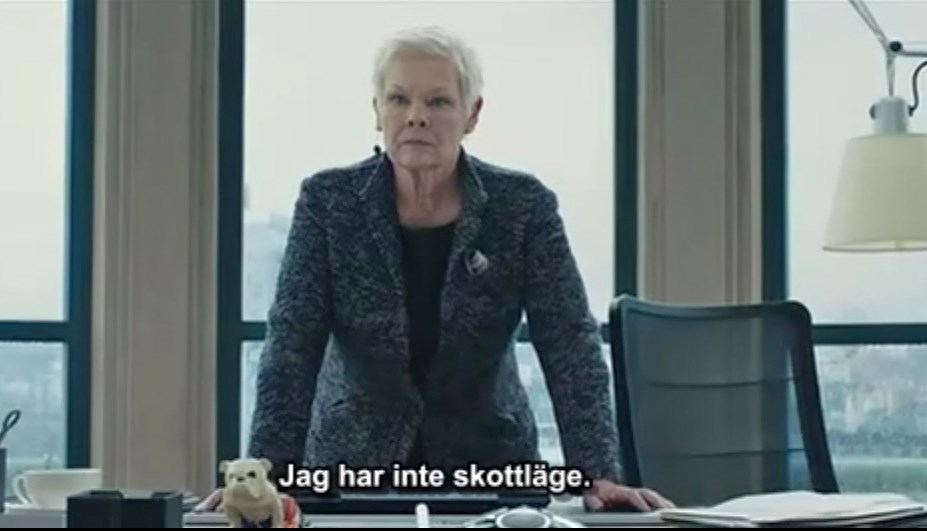