If being the central character to the world's most famous and most successful film franchise is not enough, Ian Fleming's creation can lay claim to one other pop culture icon - the vodka martini. Now popular in bars throughout the Western world, and more so following the 2006 big screen adaptation of "Casino Royale" when 007 invents the drink, the vodka martini is as synonymous
with 007 as the Walther PPK, the Aston Martin DB5 or the sight of a beautiful girl hanging off his gun arm. 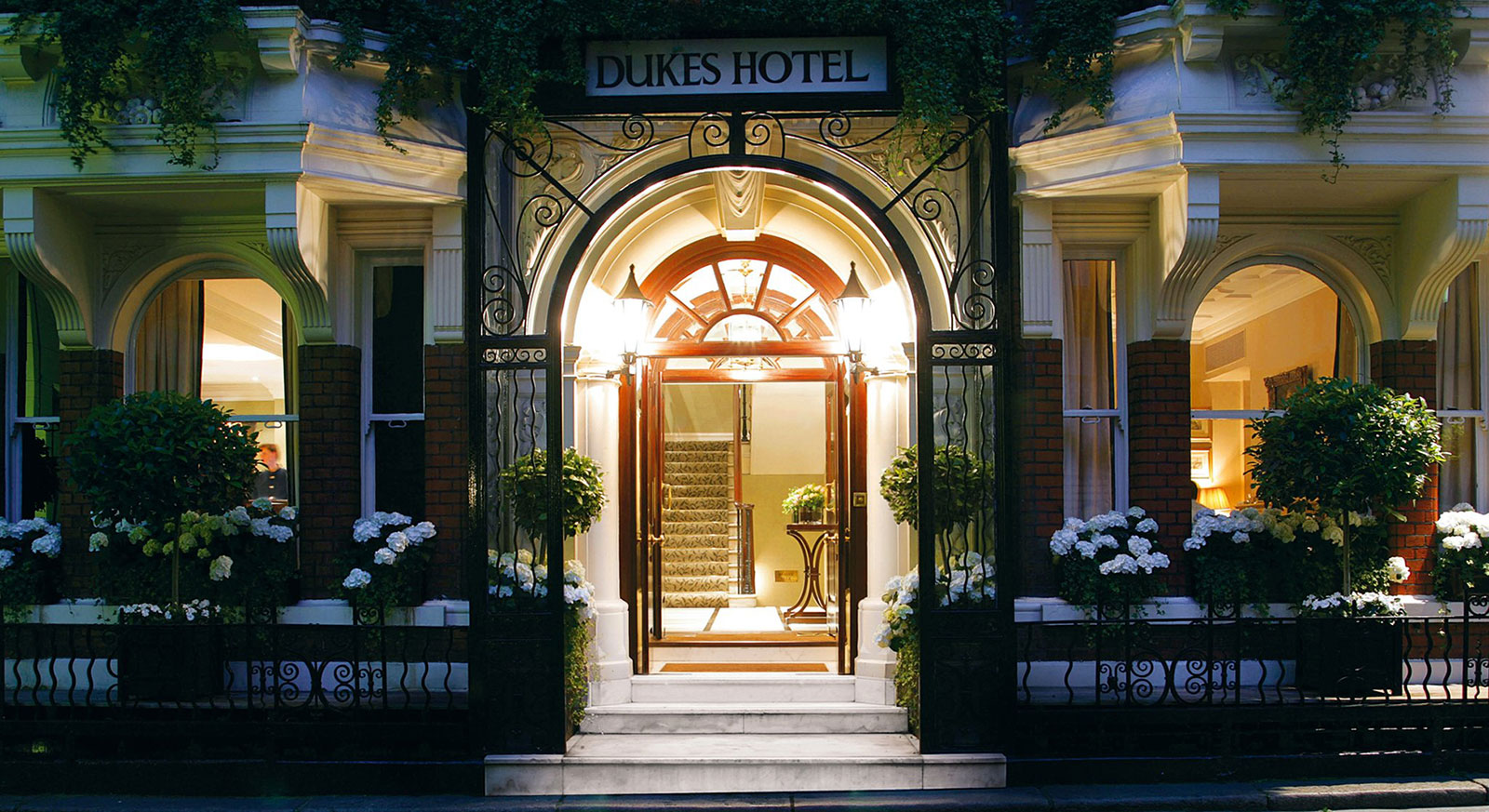 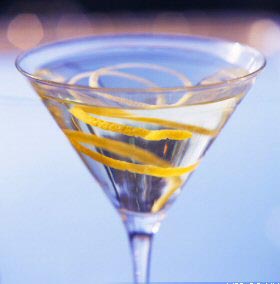 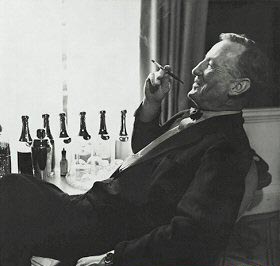 Above: "Casino Royale" author Ian Fleming was as notorious for his strong tastes as his creation James Bond.

As Sir Ian Fleming’s former watering hole, Dukes bar in London is a pilgrimage site for James Bond fans. After all, legend has it that it’s here where Fleming coined the catchphrase “shaken, not stirred” for his 007 British Secret Service agent, a slogan that would define Bond beyond simply his taste in cocktails.

Dukes bartender Alessandro Palazzi, who is as passionate about his trade as his fondness for the spy thriller series, which this year celebrates the 50th anniversary of the first Bond film to hit the silver screen. In honor of the spy hero, Palazzi created two martini recipes in Fleming’s honor since arriving at the bar five years ago: the Fleming 89 and Fleming’s Classic Vesper.

When Fleming wrote his first book in the 1950s, everything in society was strictly prescribed, including drinks and cocktail hour, Palazzi explains. Martinis were only ever served as an apéritif before dinner, drinks were never mixed with two white spirits and, moreover, cocktails were always stirred.
­
But not for Bond. James Bond. In the first installment of the series, Casino Royale, 007 doles out specific instructions to the barman on how to prepare his drink, a cocktail that would later become known as the Vesper, after Bond girl Vesper Lynd. The recipe: three measures of Gordon’s, one measure of vodka, half a measure of Kina Lillet, with a slice of lemon — shaken.

Rules and conventions are thrown out, as Bond marches to his own drum and drinks what he likes, Palazzi says. “He likes to show off.”

At Dukes, Palazzi has recreated the Vesper by using No. 3 London Dry Gin, Lillet Blanc, Angostura bitters, and Potocki vodka, a Polish vodka, in honor of the real-life inspiration for Vesper Lynd, Polish-born Christine Granville who was a wartime spy and reportedly Fleming’s lover.

It’s the most requested Bond-themed martini at the bar, where Palazzi serves about 50 a night at Ł16.95 (€21) a pop. It’s a steep pricetag, but Palazzi points out that drinkers get a cocktail and a show with their order, as drinks are executed with the pomp and circumstance expected of a former Fleming hangout: guests watch, seated at their tables as Palazzi wheels out a trolley laden with bottles of spirits which have just been pulled from the deep freeze.

The Fleming 89, meanwhile, was created in partnership with London-based perfumery Floris whose No. 89 Eau de Toilette was Bond’s signature scent. Inspired by tonka beans used in the cologne, Palazzi infuses 750 ml of Russian vodka with a handful of the vanilla-scented beans to create his special elixir. In a frosted martini glass, he adds a sugared rose, the infused vodka, English vermouth, Lillet, a few drops of chocolate bitter, tops it off with Russian vodka and as a final touch, gives it a spritz of rose liqueur, to create a chocolaty, dessert-like cocktail for Ł18.95 (€24).

With the Bond franchise celebrating the 50th anniversary of the first movie release, here are a few tips from Palazzi on how to clink to the milestone with the kind of martini Bond himself would approve of.

* Keep spirits in the freeze to make sure they’re ice cold.

* If you like you’re drinks slightly diluted, do it like Bond and shake the martini mix. Otherwise, stir.

* If you want to make it with ice, make sure to drain the water first.

* Use an organic lemon as you want the oils from the peel, not the wax, to penetrate the drink.

* Martinis were meant to be sipped, not gulped.