The chase leads to an African embassy, where Bond storms in, steals the ambassador’s pistol, and “violated the only absolutely inviolate rule of international relationships” by killing Mollaka when cornered.

The pre-credits sequence of 007 coolly killing a double agent while reclining in the man’s office was pure classic Bond, but this… this was something we haven’t seen before.

Bond’s Madagascar outfit has received plenty of criticism from fans used to seeing their favorite agent in expensive tailored suits or subdued, fitted casual wear. While I agree that this isn’t the first ensemble I’d pull out of my closet for an evening out, I think Bond’s choice here indicates the franchise’s renewed focus on realism. Casino Royale was on the heels of four Brosnan films where our hero was rarely more informal than a Brioni suit and tie; indeed, his only deviation from a suit in The World is Not Enough was a brown skiing outfit.

In Madagascar, Bond and Carter are surveilling Mollaka at a public fight between a mongoose and a cobra…surrounded by the kind of people who would bet on a fight between a mongoose and a cobra. Even a casual polo and jeans would have immediately pegged Bond as an outsider, compromising the mission before it would even begin. If Mollaka could be tipped off by Carter touching his earpiece, he would surely take notice of a clean-cut Englishman sporting clean, tailored clothing rather than the considerably unfashionable garb here that ultimately serves its purpose.

Bond’s floral-printed cotton sport shirt is short-sleeved with short button tabs at the end of each sleeve to adjust the fit over his biceps as needed. The edge-stitched point collar is fashionably large for 2006, although that may be all that one could call truly “fashionable” about the shirt. The shirt also has a breast pocket on the left and a short vent on each side of the straight hem.

The shirt has seven white buttons down the front placket, but Bond only wears the third button up from the bottom fastened. This may be a sloppy look, but it keeps him airy in the warm climate while preventing the shirt from flapping about too much and impeding his movement during his parkour pursuit.

Just as the Casino Royale Bond doesn’t give a damn if his martini is shaken or stirred, he couldn’t care less what you think about his shirt.

The original shirt was made by Academy Costumes in London, according to the digital portfolio on their site. Although it was custom made for the product, Bond fans have no need to fret… Iconic Alternatives has some excellent suggestions for channeling the shirt, including Magnoli Clothiers’ spot-on replica “Madagascar Shirt”, priced at $165.

Bond’s decision to wear a visible undershirt also seems to divide fans watching with a sartorial eye, but it strikes me as a practical decision to catch the abundance of sweat that a situation like this would create. For better or worse, the t-shirt also evokes Bond’s youth and athleticism that have yet to be refined as his character matures.

The fitted t-shirt is light gray heathered cotton with a wide crew neck and very short fitted sleeves with multi-striped bands. The stripes, seen only in set photos since Bond wears his shirt covering them throughout the scene, consist of a series of four bright red stripes in the center, bordered on the top and bottom by a maroon stripe, a gap, and then a thinner maroon stripe. Even if they do go unseen, the colored bands nicely call out the colors in his tropical shirt. 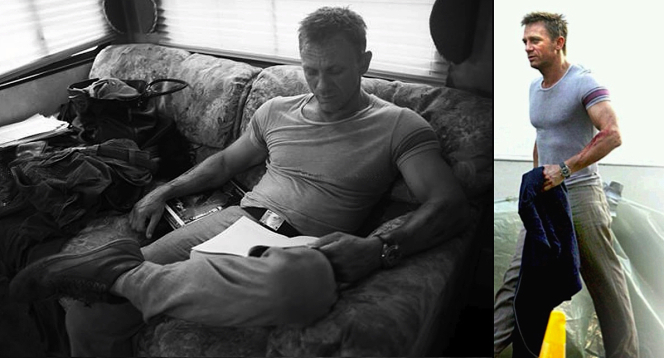 Daniel Craig on set, showing off lesser seen elements of his Madagascar outfit like the t-shirt’s striped sleeves, his web belt, and beige socks.

According to The Undershirt Guy, sourcing images from The Bond Experience, it’s reasonable to speculate that Daniel Craig was wearing a Diesel brand t-shirt for these scenes. Unseen in the film, the back yoke is printed with a stylized black “777” crowned in an ornate black design. The “lucky 777” imagery might be a little too on-the-nose for Casino Royale, but credit is due to the shirt detectives for doing this homework!

Magnoli again comes to the rescue, this time with a $45 replica “Madagascar T Shirt” that nails everything from the fit to the color of the distinctive sleeve bands. Magnoli describes its replica as having “a decorative print design on the upper back” to reflect the Diesel shirt.

Bond’s tan linen trousers are one of the simplest elements of the outfit. The loose fit is ideal for avoiding sticky sweat in Madagascar’s warm tropical climate. These pants have a very casual drawstring waist rather than belt loops or side adjusters and two back patch pockets.

A more refined Bond might have opted for chinos or cream jeans similar to the ones he would later wear in the Bahamas or in Haiti during Quantum of Solace, both appropriate for the climate and context of this scene.

Many retailers like H&M offer similar and affordable ultra-casual linen pants like this pair in the summer, just in time to provide the perfect lightweight layer for a trip to the beach. Cubavera also offers an affordable linen/rayon blend designed more for a day in paradise than a day chasing terrorists.

This is the first appearance of Bond’s “cognac” brown suede Vega IB339 holster, a right-hand-draw IWB holster meant to be worn inside the waistband (in case you couldn’t tell what IWB stood for…) In fact, Casino Royale marks the cinematic Bond’s first use of any holster except the variety of shoulder rigs that followed him from the first few books through Dr. No up to Die Another Day. You can read more about the Vega IWB holsters worn by Craig’s 007.

A modest gentleman like Bond tends to keep his choice of undergarments an onscreen mystery, but this more brazen, unpolished 007 chasing down a terrorist on a hot summer day is prone to slipping up. Or, at least, his trousers are prone to slipping down a bit, revealing what appears to be white cotton underwear.

Apropos his ostensible cover in Madagascar, most of Bond’s clothing looks like he could’ve cobbled it together from a bargain bin. However, he put some investment into his footwear, as one should during a set-piece that calls for extensive running and jumping. Bond clearly wears a pair of Converse Jack Purcell OTR shoes in a shade of russet brown leather that Converse calls “chocolate and paprika”, worn with beige socks.

The shoes are an intriguing cross between ankle boots and the active-focused sneakers that Converse is known for, with the “OTR” designation standing for “On the Road”. The soles are black rubber, including the rubber toe bumper and external heel cup, which the wardrobe team seemingly modified to conceal orange accents. They lace up with brown laces through eight brass eyelets, extending down onto toe cap for a narrower fit over the bridge.

More information and helpful reviews can be found at James Bond Lifestyle, where “Brendan” commented: “They’re a bit warm for the summer (Craig must have been dying in his scenes) and require a bit of breaking in.” The eagle-eyed team at Iconic Alternatives has identified several pairs of brown leather ankle boots and sneakers that reflect the look and spirit of Craig’s Converse footwear from the Madagascar sequence, and I highly recommend checking out their suggestions for channeling this now-discontinued shoe.

Bond may have been concerned about Carter blowing their cover, but his decision to wear a big, brand new Omega wristwatch would have also drawn some suspicious eyes. Through these early, action-oriented scenes of Casino Royale, Daniel Craig wears an Omega Seamaster Planet Ocean “Big Size” 2900.50.91 chronometer on a black rubber strap, a sportier alternative to the blue-dialed Seamaster Professional that he would wear with his suits and formalwear. 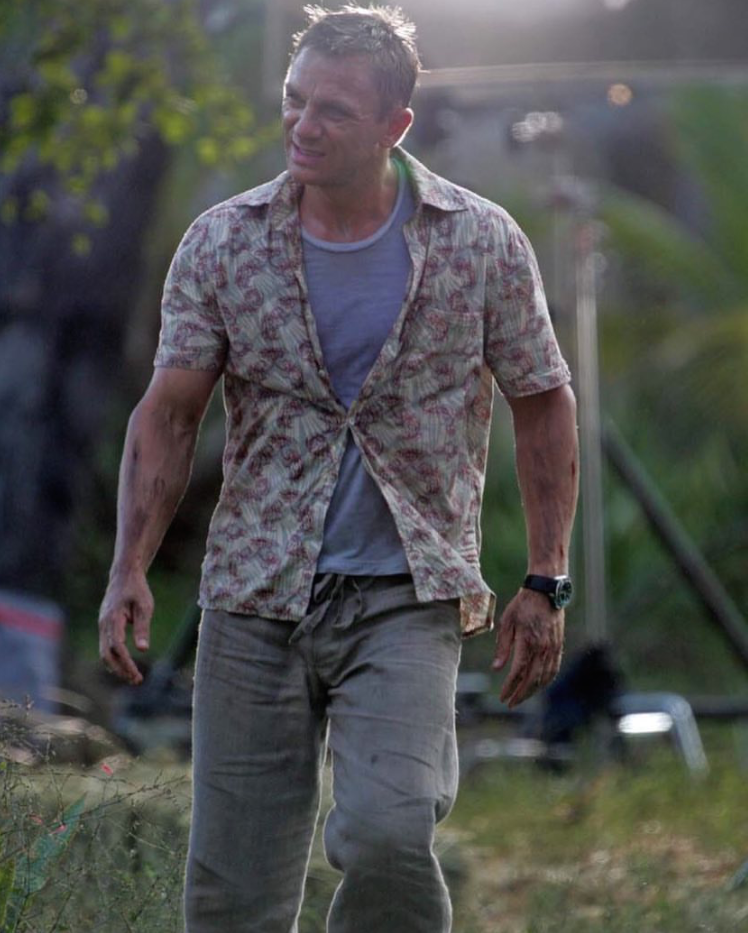 These 100% pure linen pants are ideal for summer in any climate. With features such as a draw-string waist, two rear pockets and no side pockets, these casual pants are a perfect match for our Madagascar Shir 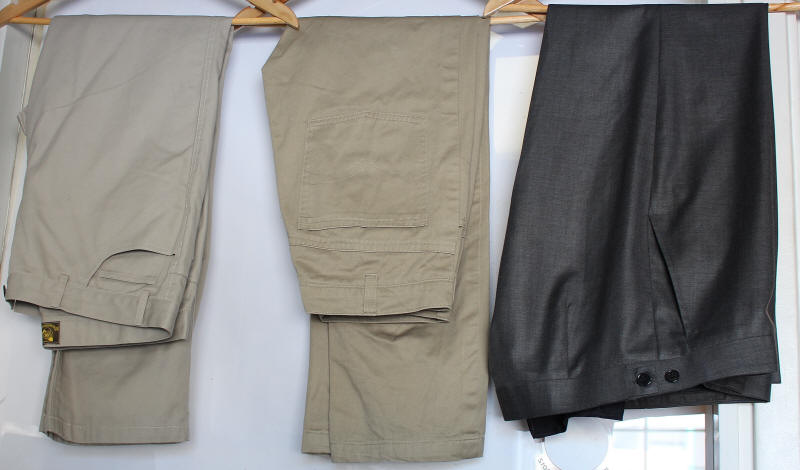 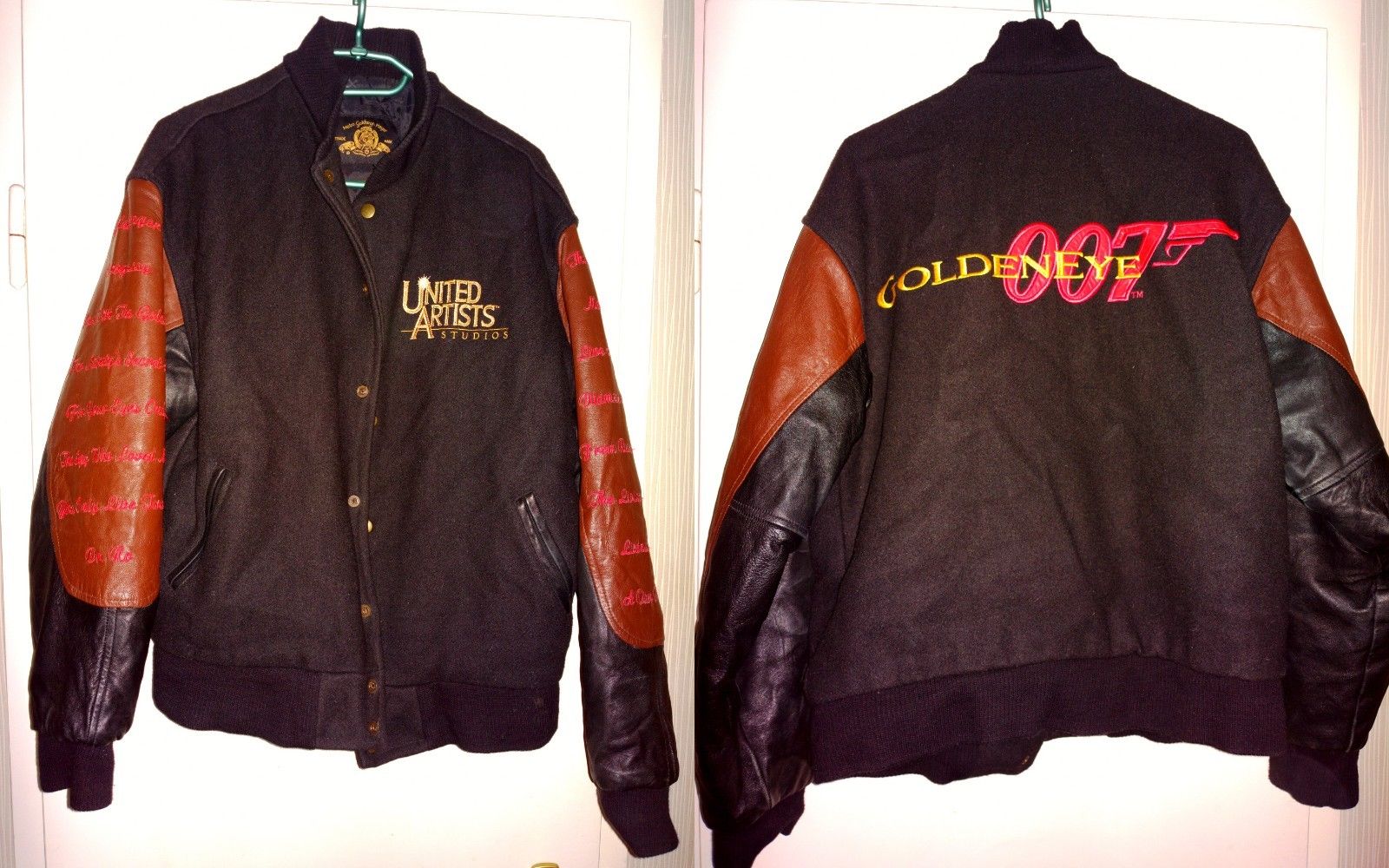