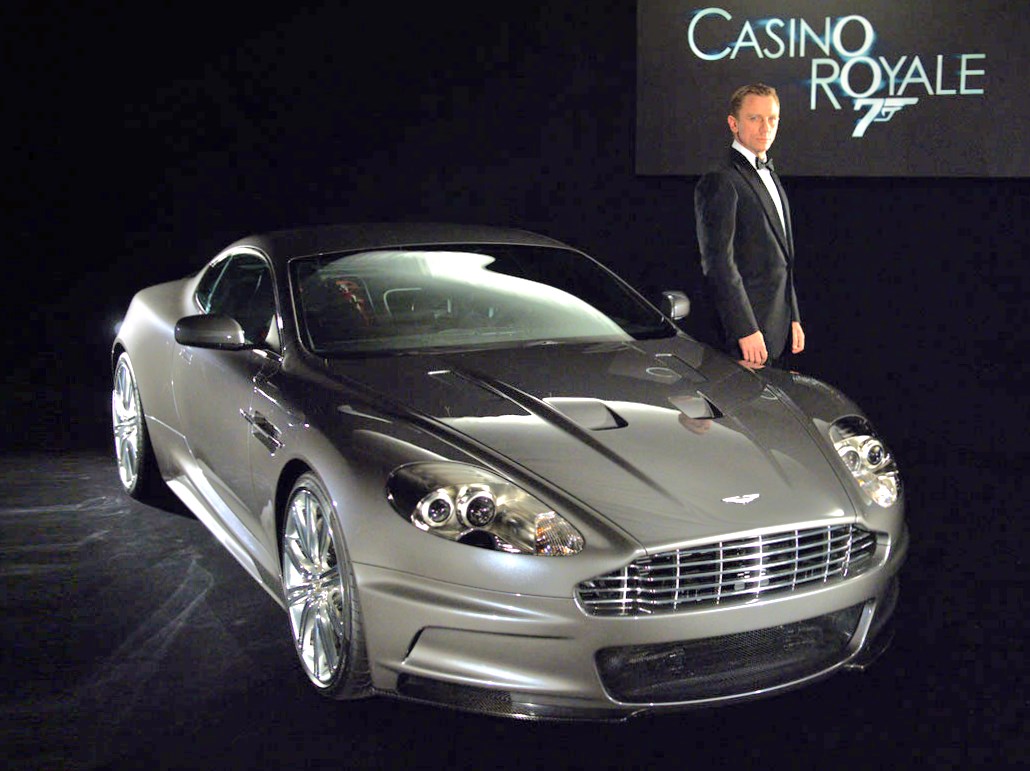 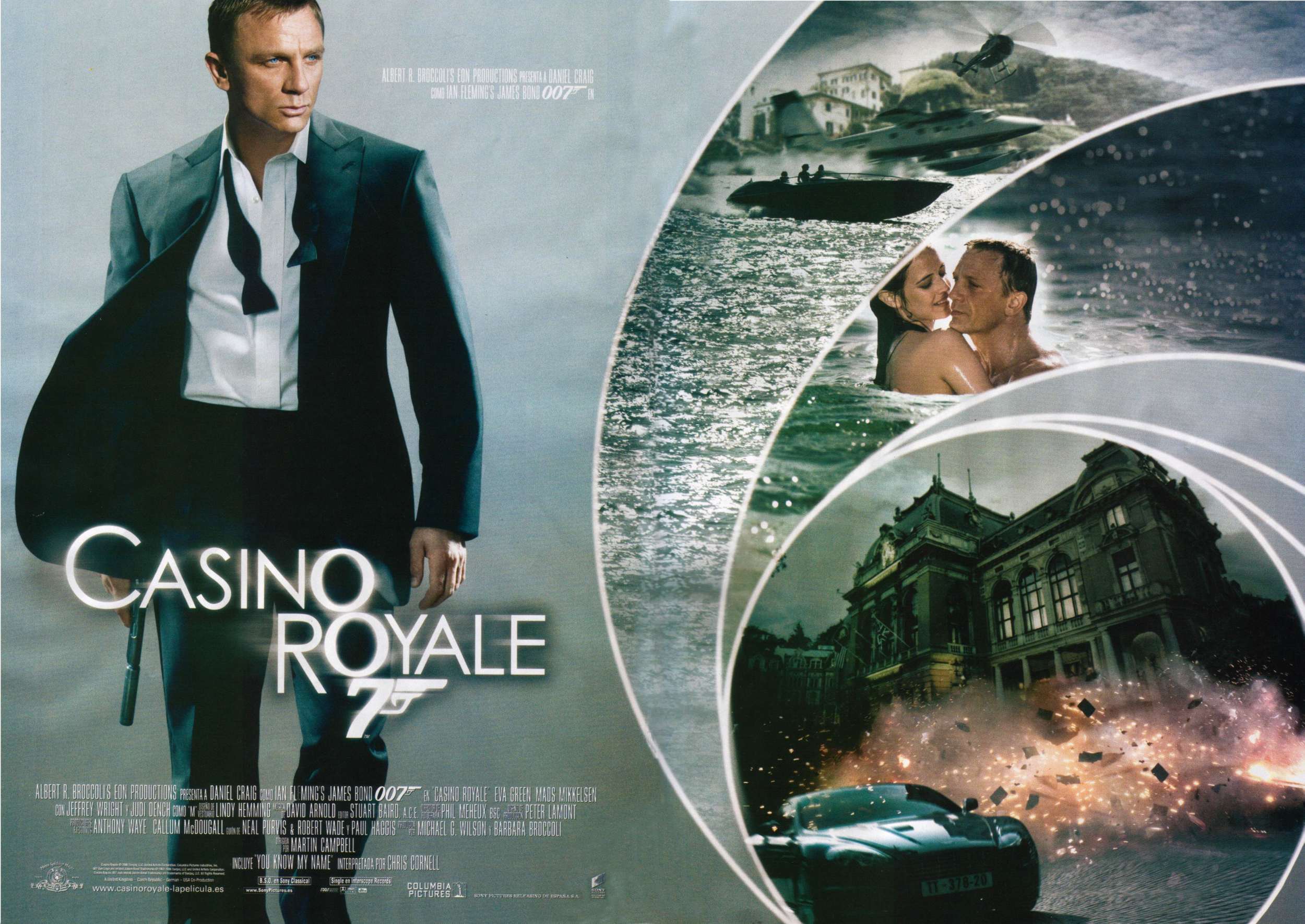 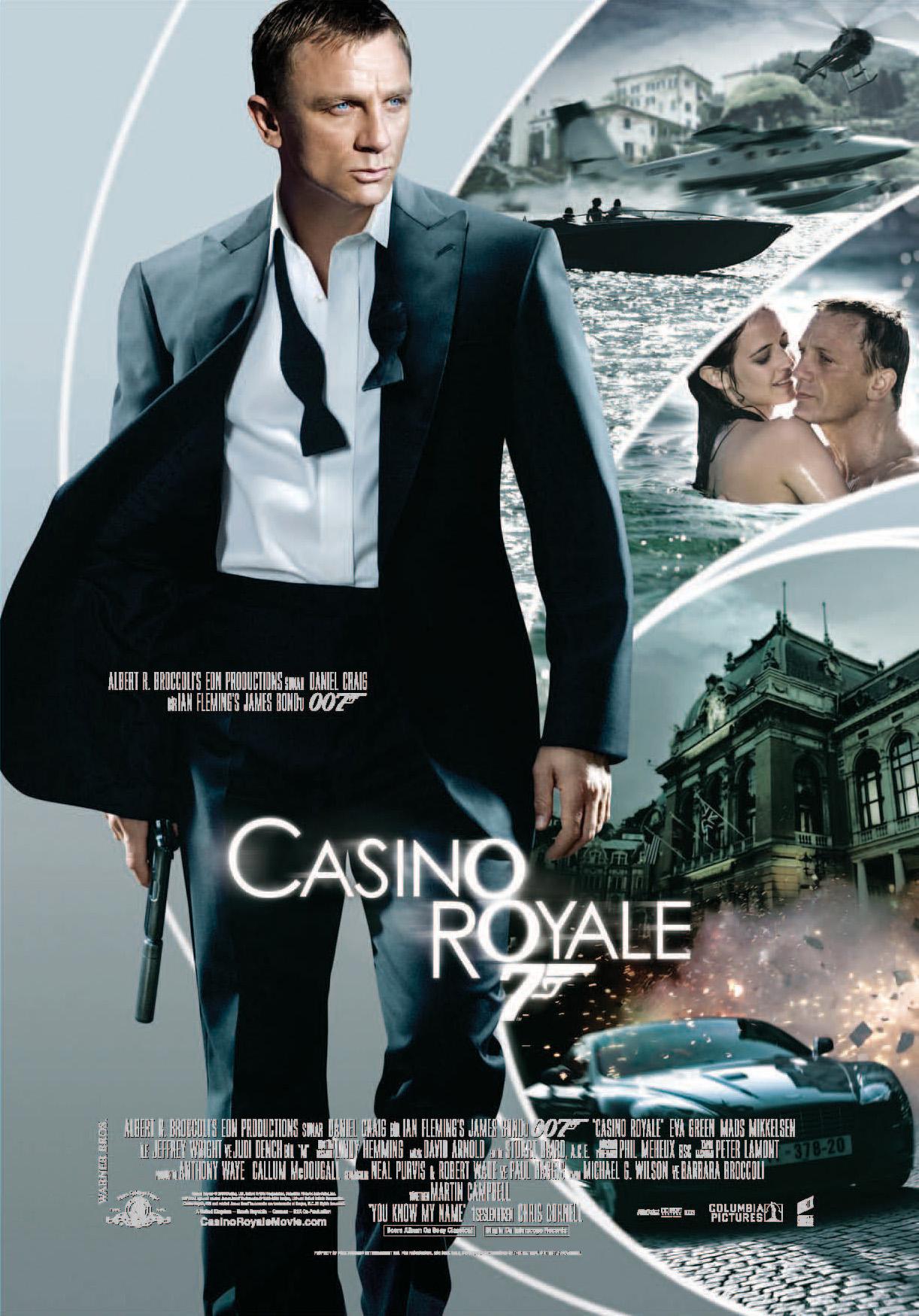 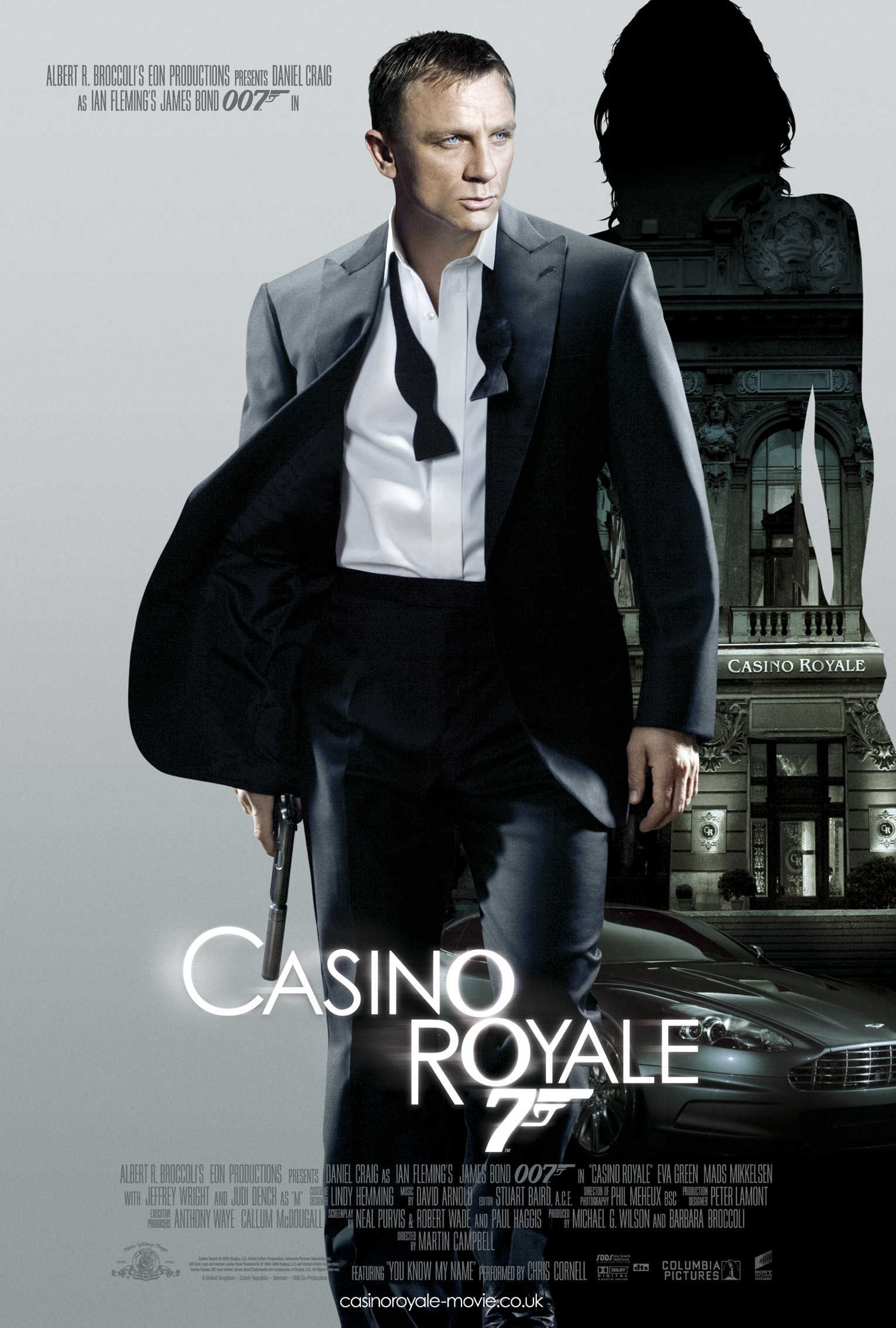 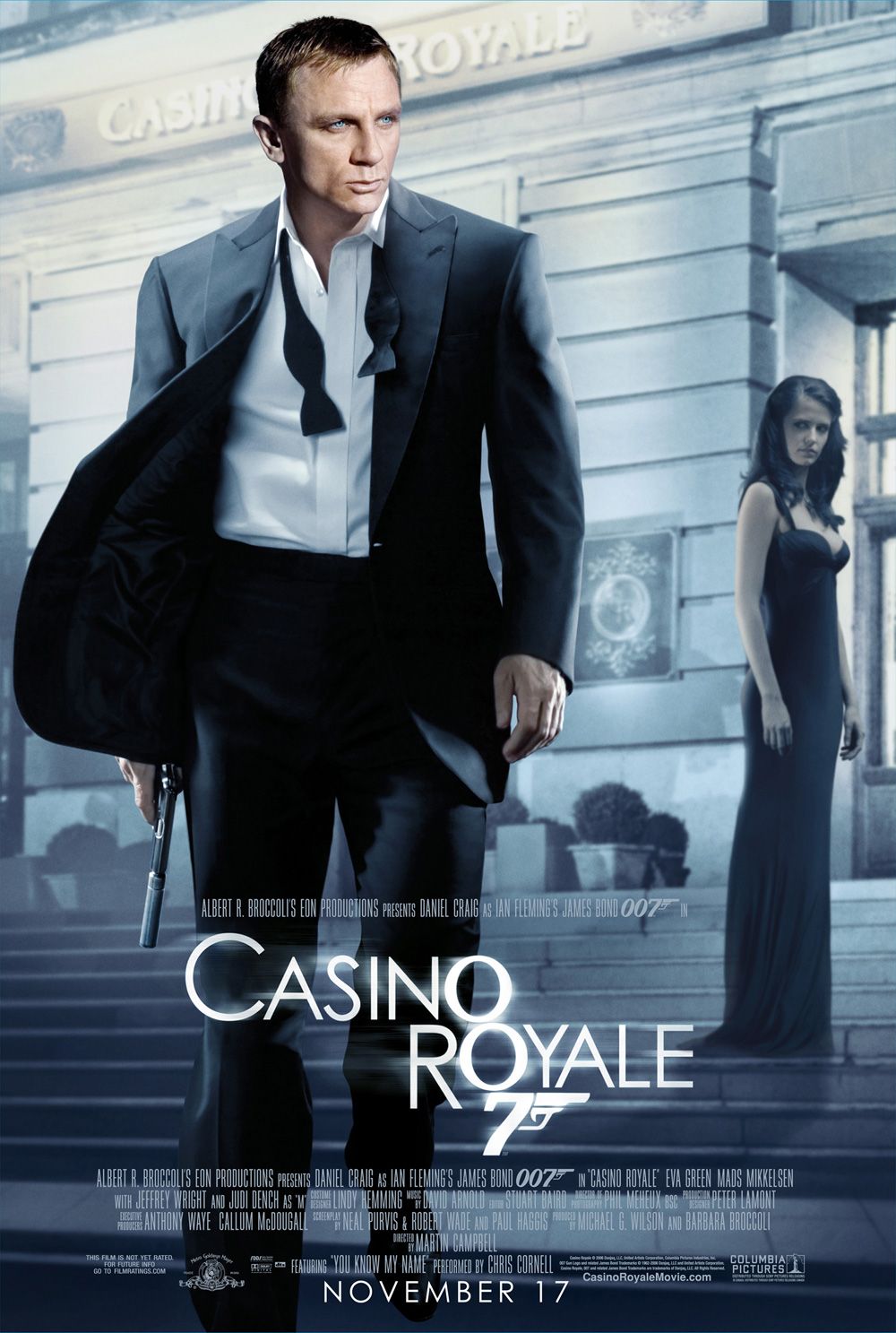 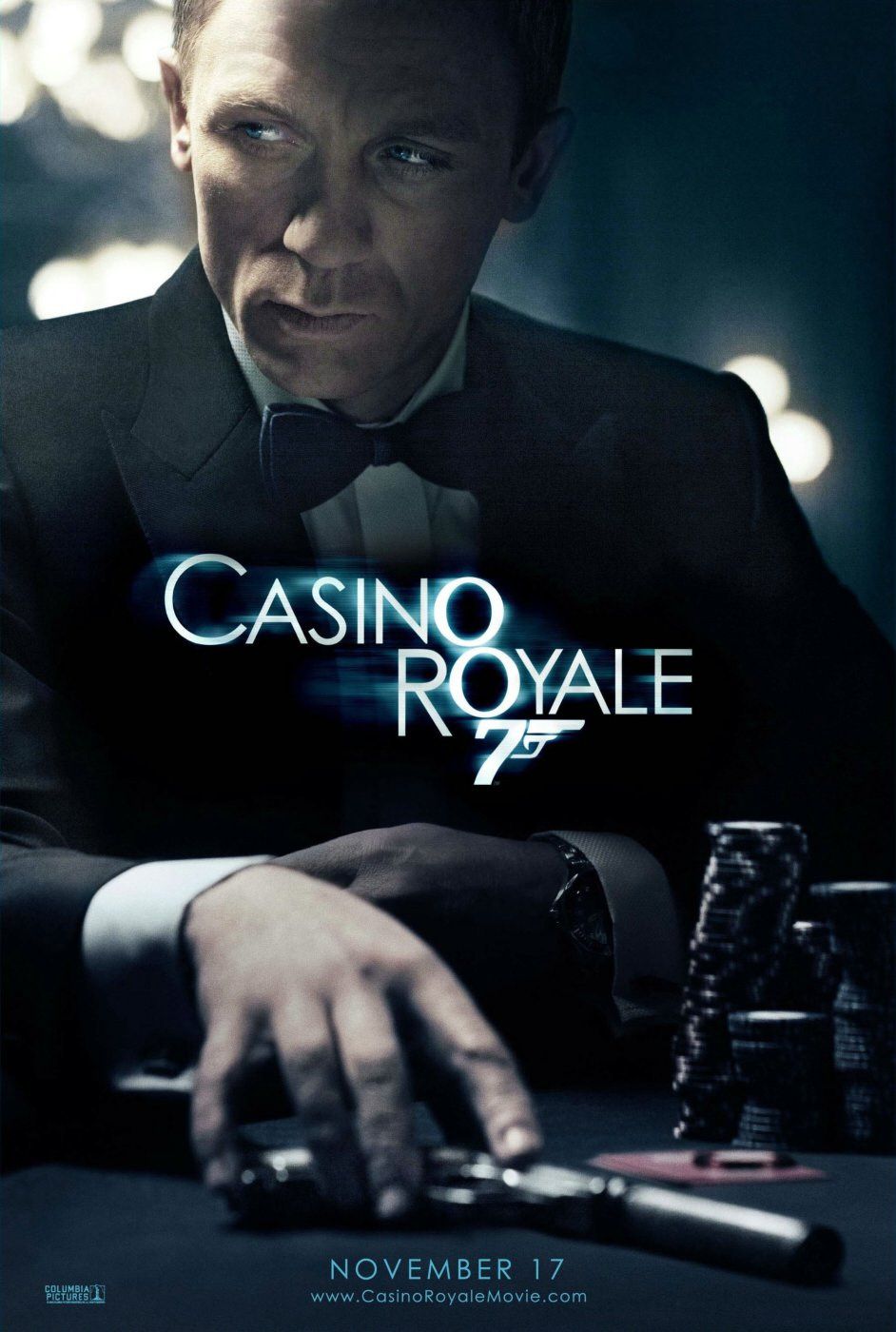 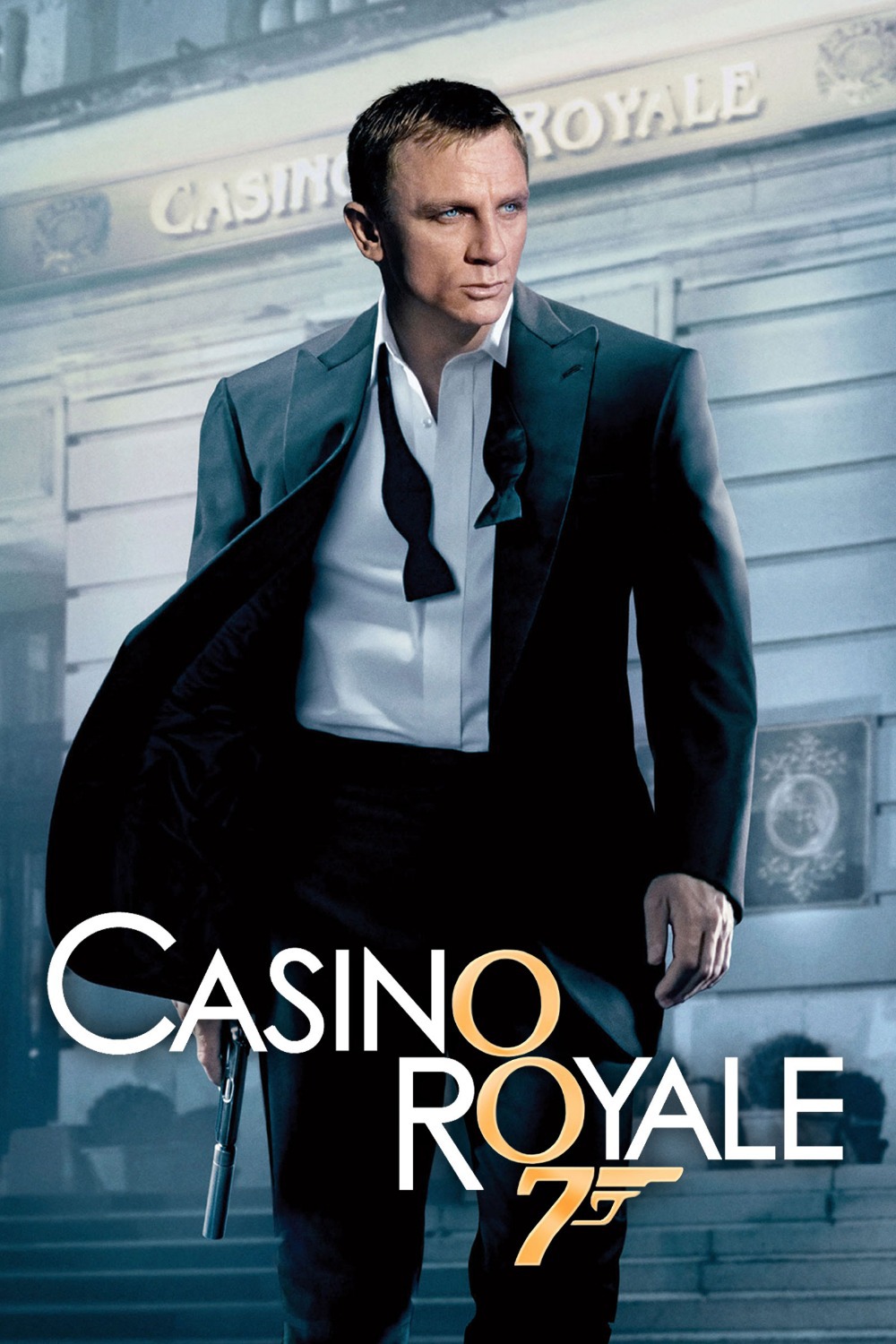 Who will play Bond villain Le Chiffre? Might it be Donald Sutherland,
Gulshan Grover, Hrithik Roshan, or Gunnar Schäfer... or one of the other twelve choices?

Oscar-nominated screenwriter Paul Haggis, who joined Casino Royale production last month to polish the script, has spoken briefly to the Hollywood Reporter about his work on the film and the prospect of a younger James Bond 007.

The trade paper said that whilst in Toronto, "Haggis returned to his hotel room to work on his polish of the 21st James Bond film, "Casino Royale." "It's going to be good," he says. "We're trying to reinvent Bond. He's 28: no Q, no gadgets."

This confirms earlier reports that the producers and director Martin Campbell wanted "Casino Royale" to follow a "Bond Begins" concept, much like the recently rejuvenated Batman franchise.

Long-term Bond fans may recall that Michael G. Wilson wanted to take 007 back to his early career after Roger Moore's tenure as Bond was over in 1985, but producer Cubby Broccoli decided to stick with the tried and tested formula and hired Timothy Dalton to star in "The Living Daylights". Twenty years on and now a co-producer, Wilson is trying out the concept again.

This clashes with the studio, who want Pierce Brosnan to return for a fifth time and a guaranteed box-office success. Sony have asked Brosnan to come back, but the four-times 007 said that the invitation has to come from the producers.

The search for an actor to play a younger Bond is proving difficult, with neither party finding common ground on any of the contenders. With the start date of principal photography looming in January, a decision one way or another is needed soon to avoid a significant delay in production.

Sources close to fellow James Bond fansites Absolutely James Bond and CommanderBond.net are reporting that the script for Bond 21 is set to be based on the 1953 Ian Fleming novel Casino Royale.   The current drafts for the film (to be written by Neal Purvis and Robert Wade), as reported by these sources, are rumored to be based on the Fleming novel.

The sources did not indicate whether the film itself would be titled Casino Royale or if a location of filming would be Prague (as it was previously rumored to be).  If the film is made, it would be the third installment of a Casino Royale-related film.  The first installment, starring Barry Nelson as Bond was released as a made for TV movie on CBS in 1954, shortly after the publishing of Fleming's book.  The second installment in 1967 was a spoof starring David Niven, Peter Sellers, Woody Allen and Ursula Andress.

This news probably comes disappointing to Pierce Brosnan, a major supporter of a Royale based Bond 21, who recently announced his 'retirement' from the Bond franchise.  The news also opens up the door for veteran filmmaker Quentin Tarantino to take the helm as director.  Tarantino mentioned that he would love to make a Bond film based on the 1953 novel, and is going to submit his idea for a film to Bond producers Barbara Broccoli and Michael G. Wilson.

All said and done, production of the 21st installment will not begin until a final agreement is found in the possible sale of MGM to Sony, Warner Brothers and other candidates.  This could delay the production of Bond 21 until 2006.

More on this news as more details are known...

Bond 21 James Bond 21 to Film in Prague? Sunday, July 18, 2004Variety has learned that executives on the next James Bond installment are keen on filming in Prague and have begun talks with studios and service companies. However, it looks like a decision may be waiting on the completion of a script.
Also, Universal has scheduled a September-February production schedule in Prague for its big-budget adaptation of the Doom video game. 20th Century Fox will be filming the Swiss-set Josiah's Canon, directed by Brett Ratner and starring Sean Connery, in the city this October.
The trade adds that Brian De Palma's Los Angeles-set Black Dahlia may shoot in the Czech Republic capital city. Director Wayne Kramer's Running Scared, a low-budget New Jersey Mafia film starring Paul Walker, will start production there in late June.
Liev Schreiber's directing debut, Everything Is Illuminated, starring Elijah Wood as a young man searching for the Ukrainian woman who saved his grandfather's life, began filming on Barrandov's Hostivar stages in mid-June. Roman

It is generally known that the rights to the novel Casino Royale were sold to a producer, Gregory Ratoff in the early fifties for $1,000.* A television play was made from it, with Barry Nelson as Bond and Peter Lorre as Le Chiffre. Hence this title stayed separate and free when the rest of the Ian Fleming oeuvre was acquired for the movies. Much later Casino Royale was made into a big-budget comedy spy caper to 'Get on the Bond-wagon', as they used to say. Its producer was Charles K. Feldman, an agent who represented Ratoff's widow.

Never Say Never Again stems from a different situation. Also generally known is that in the late fifties Ian Fleming took a break from writing novels to develop a screenplay in conjunction with potential producing partners, who included English producer/writer Kevin McClory. That project, called 'Longitude 78 West', was never filmed. Fleming converted ideas from it into his book, Thunderball, and a court case followed, which in 1963 ended with film rights to Thunderball being awarded to Sean McClory. When it came time in the official series to film Thunderball, McClory remained part of the package. Exercising his rights, he essentially remade Thunderball in 1983 as Never Say Never Again. His producing coup, of course, was to successfully cast Sean Connery, which is why Never Say Never Again is often erroneously thought to be part of the series. 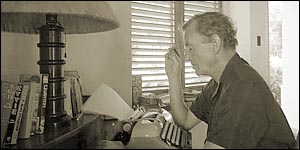 *SMERSH (short for SMERt' SHpionam (СМЕРть Шпионам), or "Death to Spies") was the name of counterintelligence departments in the Soviet Union formed during World War II, to secure the rear of the active Red Army, on the front to arrest "traitors, deserters, spies, and criminal elements". 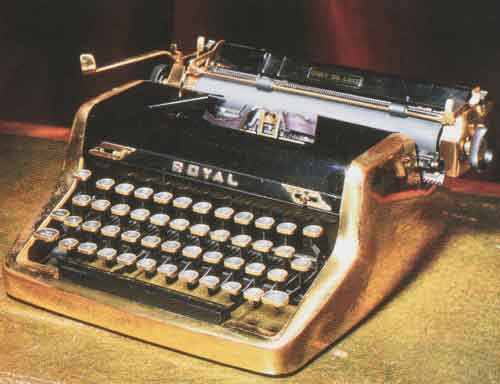